Paul Kammerer (1868 -1950) was a German-Swiss painter active during the latter part of the 19th and early 20th centuries. He studied at the Stuttgart Art School and was active in Rome and Tagerwilen during his lifetime. I spotted this nice rotel (forgive the lack of umlauts in the Google text editing for their blogs...the"a" in Kammerer has an umlaut) chalk drawing last night on eBay Germany and bought it. I love drawings like this that are not necessarily finished but show explicitly the technical aspects of the artist's skills. You can almost feel the weight of that item he is carrying and you can indeed see the effect the weight is having on his torso. As the Academe System in collapsed in Europe and Modernism exploded, you can see how the products in academic nudes just went to hell in a hand basket by the 1930's. By that time, the party was over. Art schools just were not turning out the kind of technical expertise that prevailed in the 19th century.
------------------------------------------------ 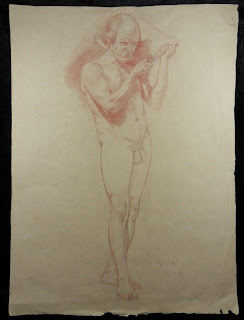 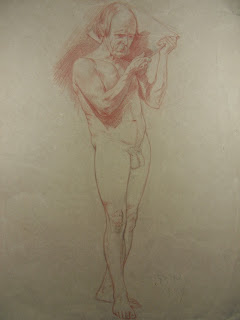 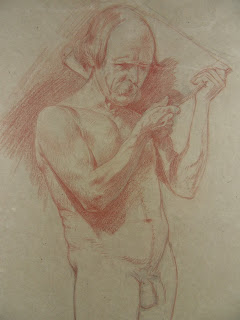 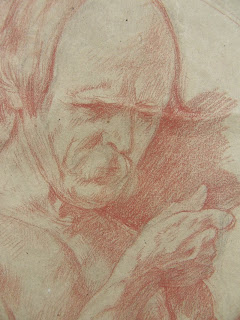 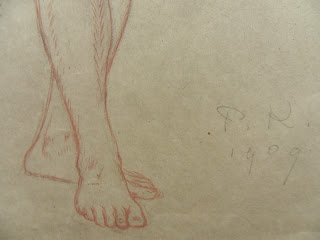 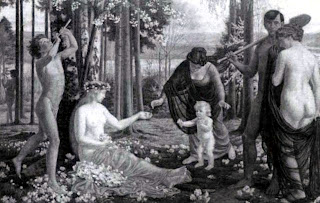 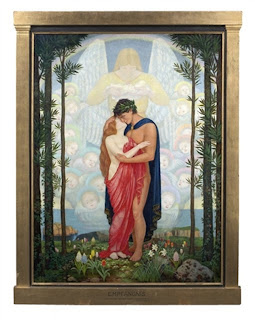 Posted by Passionate about the Academic Nude at 1:22 PM