I was going through some photo folders of artworks and I found another example of Joseph Uhl's work. I recall this print was sold on eBay Germany last year but I missed my chance to own it. It is another great example of Uhl's technical skills and that photographic eye of his. Unusual in that it appears to be a female pre-adolescent child. You do not see many examples of those from the 19th or early 20th centuries. 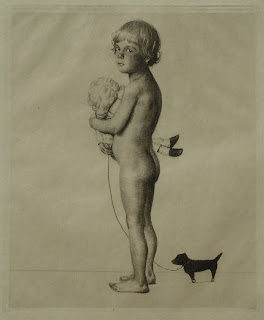 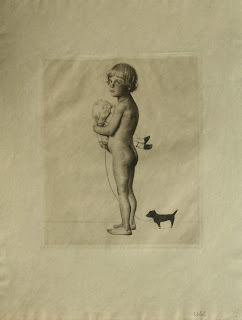 Joseph Uhl (New York 1877 - Bergen 1945) American by birth he moved to Germany at an early age. He studied painting and printmaking at the Art Academy of Munich. Prior to WWI he concentrated on painting and began his mastery of etching and engraving after the war. He created prints of children, nudes, general figure studies, and allegorical images. His work in Germany owes much to the influence of the German Jugendstil movement (Art Nouveau). 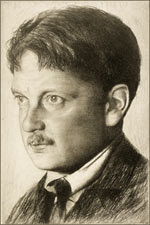 Joseph Uhl ....Self-Portrait
I made the scan of this little work larger to show the detail of the drawing. The economy of line is really phenomenial. Uhl must have had the visual acquity of an eagle. The small print measures 4.50 inches by 2.25 inches. If I were a betting man I would wager the small pencil drawing listed in the next post is by Joseph Uhl also. 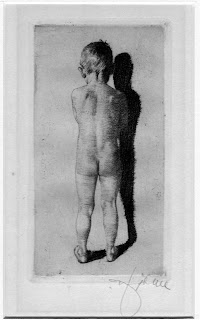 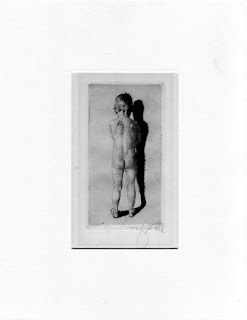 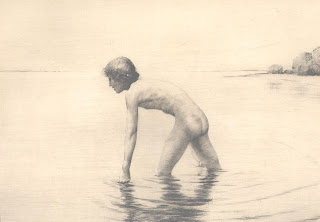 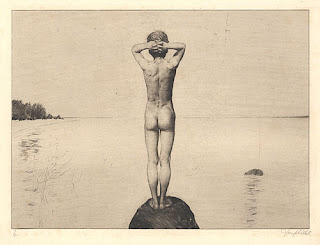 Posted by Passionate about the Academic Nude at 12:38 PM