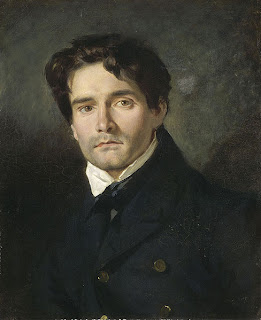 Artist: Eugene Delacroix
Portrait of Louis Antoine Leon Riesener (1808-1878)
-------------------------------------
I found this beautiful female nude study (below) a week ago on eBay France and lusted after it until I finally found a way to afford it. I managed to get a refund from eBay for a drawing that never arrived so off to the races we go, on to another artistic quest. I love heroic drawings like this. They have a way of uplifting the soul; brave, noble, strong women holding up that triumphant torch (fountain), the unison and spirit of womanhood. I love the way the artist has handled the light on the three figures. Great stuff if I say so myself, in spite of the fact the model's for those female bodies were probably males considering the muscularity. Those were the days when men were men and women were too. Louis Antoine Leon Riesner (1808-1878) was the first cousin of Eugene Delacroix (1798-1863), the grandson of Jean-Henri Riesener (1734-1806), and the son of Henry Francis Riesener (1767-1828). As a teenager, Louis took drawing lessons from his father. Right out of college he entered the studio of Antoine-Jean Gros. From 1830 to 1839 he began to exhibit important works in the Salon. He painted both portraits and religious subjects. His works are considered a precursor of Impressionism. He was a passionate colorist. He studied the art of ancient Greece and the Italian renaissance.
-------------------------------------- 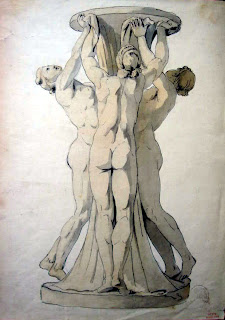 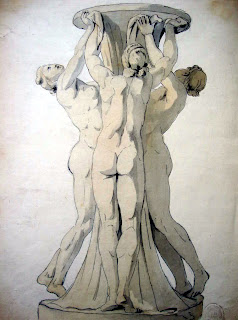 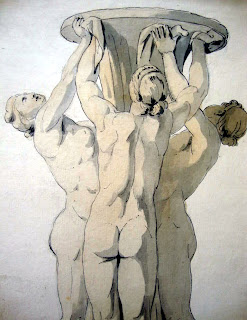 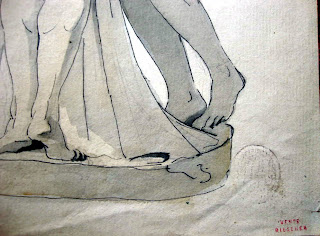 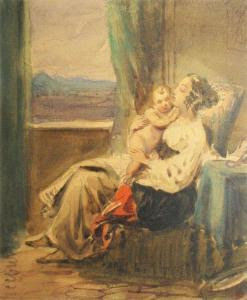 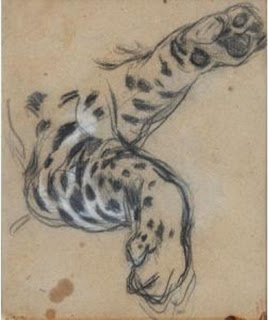 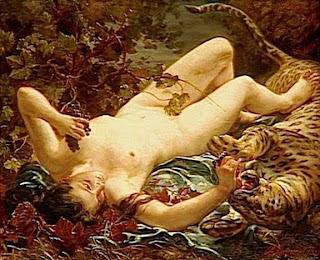 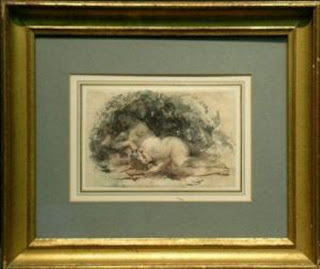 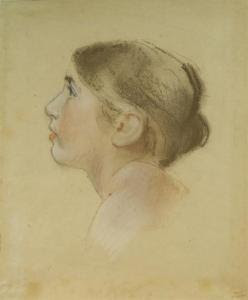 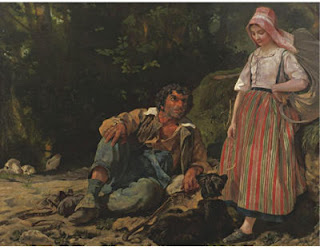