I think I had better get down to the local convenience store and buy a lottery ticket. Several weeks ago I listed an unsigned bronze that is in my collection (directly below). I could not find the original purchase receipt and had no idea who the artist was. Yesterday I was on eBay Deutschland and found a listing for a monumental bronze of the same subject (first listing in example of Iffland's works, below). Problem solved. Franz Iffland (1862-1935) was a well listed German sculptor who was a member of the Berliner Bildhauerschule (Berlin School of Sculptors). He was active during the later part of the 19th and early 20th centuries and produced some well known bronzes. The name of the bronze in my collection is "Perseus". The bronze listed on eBay is apparently missing his shield but still apparently commands a goodly sum.
---------------------------------- 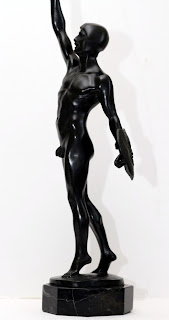 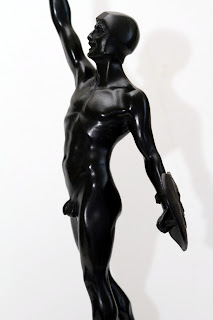 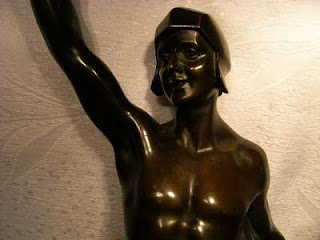 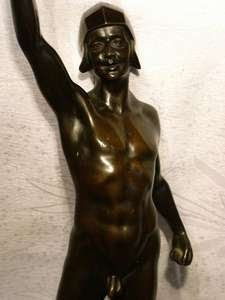 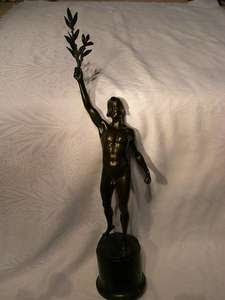 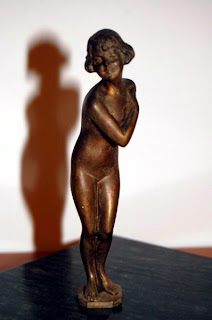 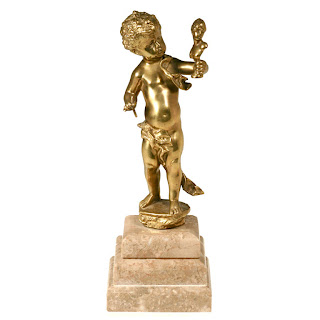 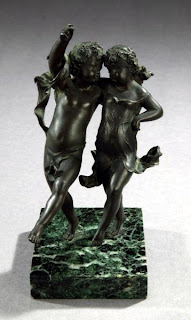 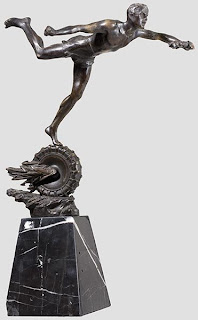 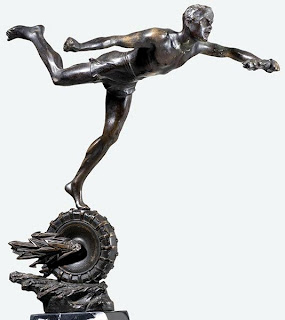 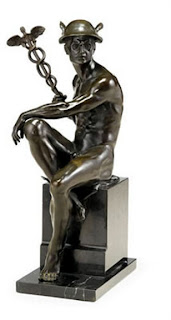 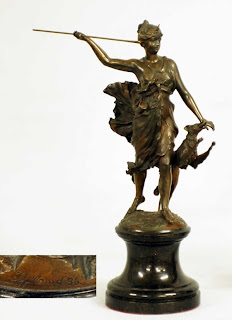 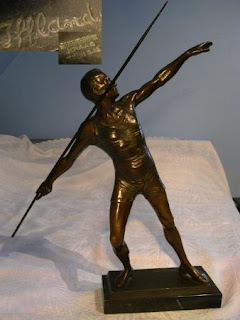 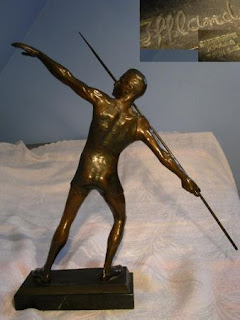 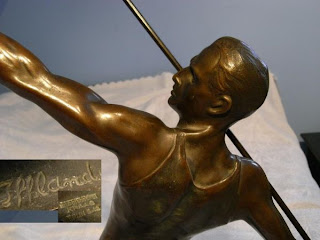 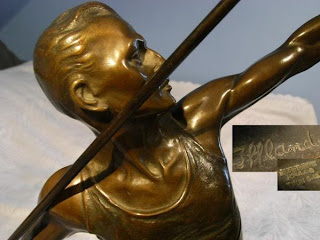 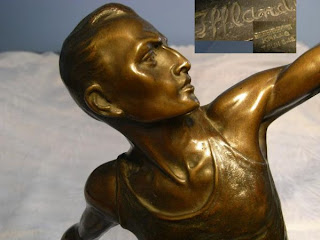 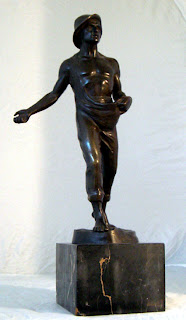